Sheikh Mohamed bin Zayed Al Nahyan, Crown Prince of Abu Dhabi and Deputy Supreme Commander of the UAE Armed Forces, and Kyriakos Mitsotakis, Prime Minister of Greece, discussed the prospects of enhancing cooperation and joint work between their countries as part of the strategic partnership. In a meeting at Qasr Al Watan, Sheikh Mohamed expressed confidence that the visit would strengthen the mutual cooperation between Egypt and the United Arab Emirates and expand their strategic partnership. 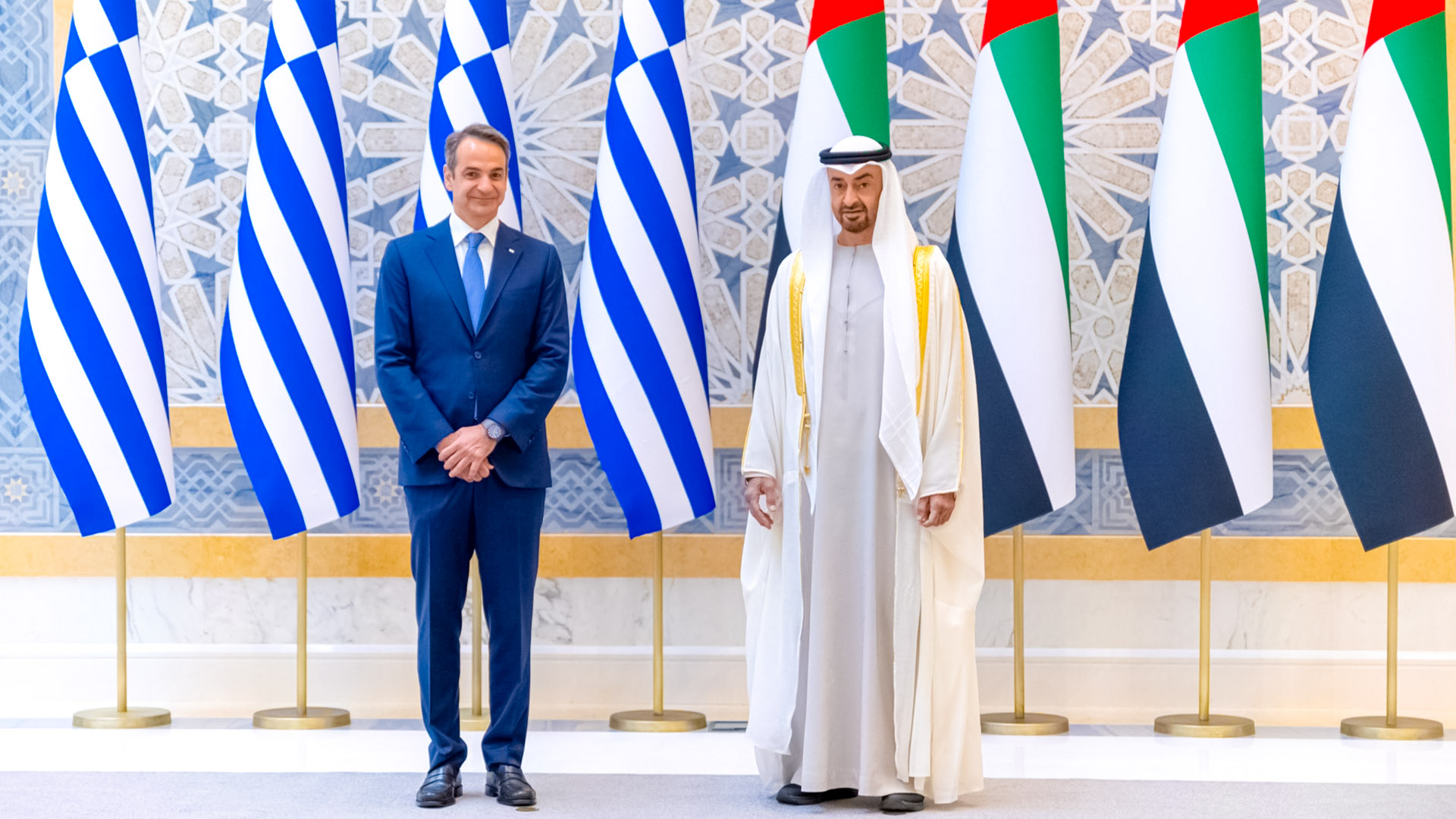 Sheikh Mohamed and the Greek premier exchanged ideas on ways to advance their cooperation, especially in the economic, investment, developmental, environmental, and energy fields. They also discussed ways to expand their partnership in renewable energy and food security, to facilitate sustainable and equitable development in both countries. In addition, they discussed a number of regional and global issues, including the Ukraine crisis and its humanitarian and economic fallout.

In 2021, the UAE-Greece trade exchange rose by 67 percent compared to 2020. This achievement is a testament to the substantial contributions of the strategic partnership. It will serve as a springboard to more sustainable and productive strategic partnerships, particularly in the fields of renewable energy, technology, healthcare, and food security.

Mitsotakis expressed his appreciation for the warm reception and the warm hospitality shown to his delegation. Furthermore, he said Greece is proud of the mutual friendship and relations it shares with the UAE. He also noted the significant progress they have made in various fields thanks to their strategic partnership. He added that this is his sixth visit to the UAE since he became prime minister.

Exports from India to the UAE increased five-fold after CEPA

Arrivals soar in Kenya in Jan-Aug this year, doubling…

Tennis legend Roger Federer will retire after the Laver Cup

Gun carrying will be restricted in New York after a Supreme…

Brad Pitt debuts as a sculpture artist in Finland

Two Egyptian migrants have died and 19 are missing after a…

In a second attempt, NASA wants to launch a new moon rocket