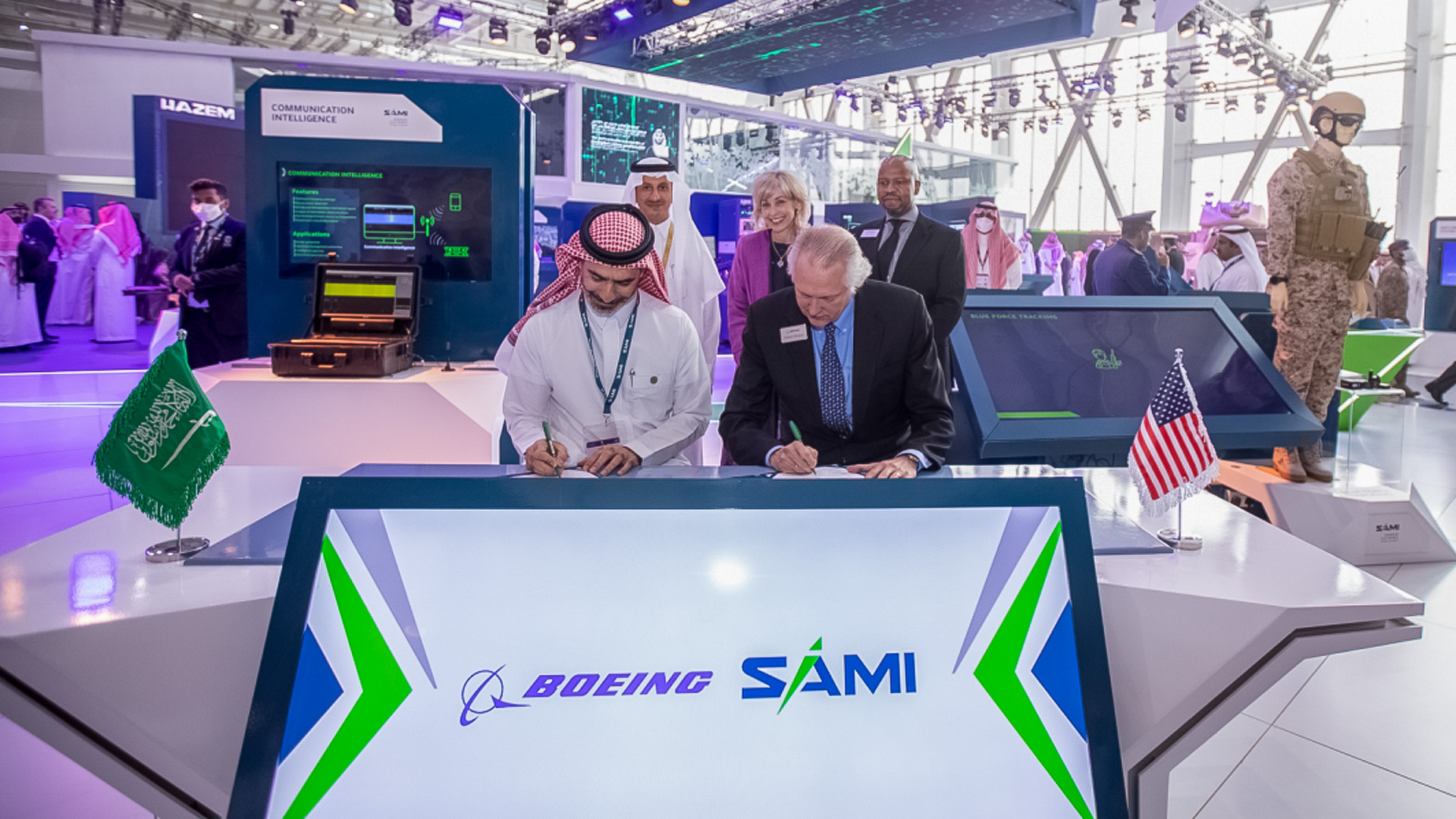 During the inaugural World Defense Show in Riyadh, the announcement was made at a signing ceremony. Taking part in the ceremony to commemorate the parties’ intent to sign the definitive agreements in the coming weeks were His Excellency Ahmed Al-Khateeb, Minister of Tourism Saudi Arabia and Chairman of SAMI, Leanne Caret, Executive Vice President and Senior Advisor to Boeing Company, and Ted Colbert, President and CEO of Boeing Defense, Space, and Security.

Commenting on the agreement, His Excellency Ahmed Al Khateeb, Chairman of SAMI, said: “As we move towards the realization of our Vision 2030 ambitions for a strengthened defense industry, our long-standing relations with industry leaders such as Boeing will further our success. This joint venture will help to enable more defense manufacturing to take place in Saudi Arabia, ensuring more jobs and prosperity in the Kingdom – now and for generations to come.”

A limited liability company will be formed by the parties to provide maintenance, repair and overhaul and sustainment services for military rotary platforms currently operating in the Kingdom under the terms of the agreement. SAMI is a military industry company, launched in May 2017 to act as a sustainable platform to provide world-class military products and services to the Kingdom of Saudi Arabia and its allies.

Power shortages in Zimbabwe will worsen as hydro plant to…

Bangkok hosts Asia-Pacific leaders for a conference on trade…